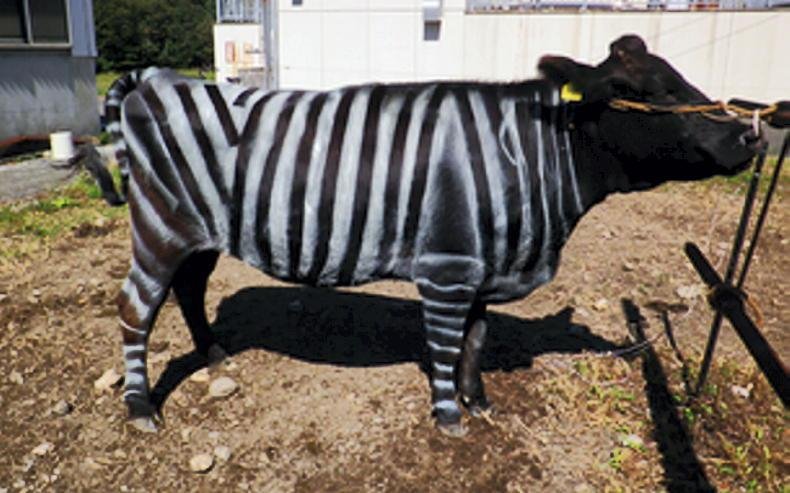 _Researchers suggest the flies get confused by the stripes and that the phenomenon could remove the need for spot-on treatments._

Painting zebra-like stripes on cows can decrease the incidence of biting flies landing on individual animals by 50%, peer-reviewed Japanese researchers have found.The finding came following a study, overseen by the University of Illinois in the US, which set out to prove the impact contrasting stripes have on fly landings on cattle.Biting flies are attracted to their host animals by odour, shape, movement, brightness, colour, polarisation and body temperature.

Stripes are thought to confuse insect motion detection systems that control their approach and landing on the cattle.To determine if this was the case, the researchers used a uniform group of black cattle in Japan. Three animals were used across nine days. In three-day blocks, one cow was painted with white stripes, another with black stripes and the final cow was left with no stripes. On rotation, each cow was then tested with an alternative marking so that each had three days of each marking.The cattle were observed simultaneously over two half-hour periods daily, once in the morning and once in the evening. During this observation, they were tied to individual posts and left in a line, alongside each other and rotated for each observation.The white and black paint for the stripes was applied daily, a half hour before the morning observation so as to mitigate any impact its smell would have on the flies.

Regardless of any potential smell impact, the flies landed on the cattle with black stripes more than than they did on the white-striped animals.