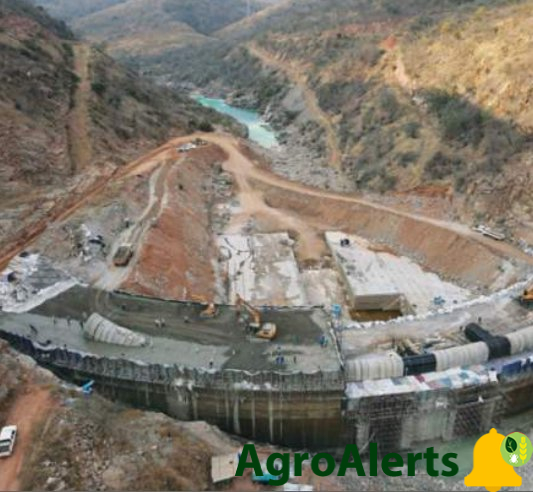 CONSTRUCTION of the 634,3 million cubic metre Gwayi-Shangani
Dam could be hit by resource constraints, Agriculture minister Anxious Masuka
said last week, as he called for fresh injections to scale up progress.
The 110-year-old project located in Matabeleland North province was allocated $3,6 billion in the
2022 national budget announced in November last year.
Masuka told legislators on Thursday that 70,19% of the war chest
has been used so far.

About 67,5% of the dam has been completed, a huge positive progress of the massive water body,
which started attracting serious attention in 2018, about 106 years
since its launch in 1912.Governments have taken their
time to implement the project for over a century, but at the expense
of surrounding rural and urban communities in dire need of water
due to poor rains received in the province.“The project was allocated $3,6
billion in the 2022 national budget,” Masuka told legislators.
“Of the budget allocation, about $2,5 billion (70,19%) has been disbursed so far. Allocated resources are inadequate to complete the
outstanding works on the dam, and more resources are required in order to ensure this project is completed as scheduled,” the minister
added.